On the 30th of September 2017 Steps organised Play for Equality.
Women challenged men to a game of volley ball in Tipling.
The women had never played before but proved that training pays, as they won the first game. The men’s team was furious, so they and the referee changed the rules so they could win the second game! Fair play records that the women’s team was victorious! 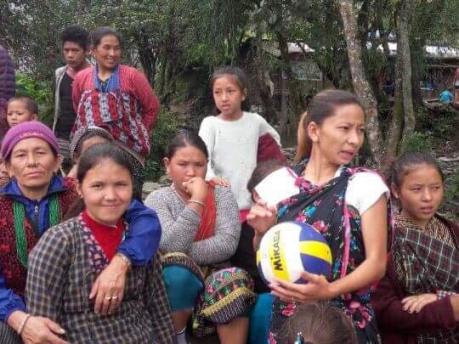 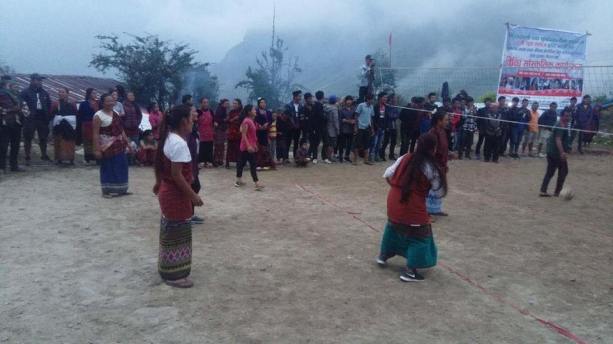 What an amazing experience it was seeing women giggle and laugh to explore their drawing skills for the first time in their life. Some women said it was unusual and fun to hold a pen. They were asked to draw anything that was related to women. Some drew stick figures with wrinkled bosoms and round vagina; some drew flowers, houses, plants and hills and some drew uterus. The workshop helped the women believe that given the chance, they can do anything. 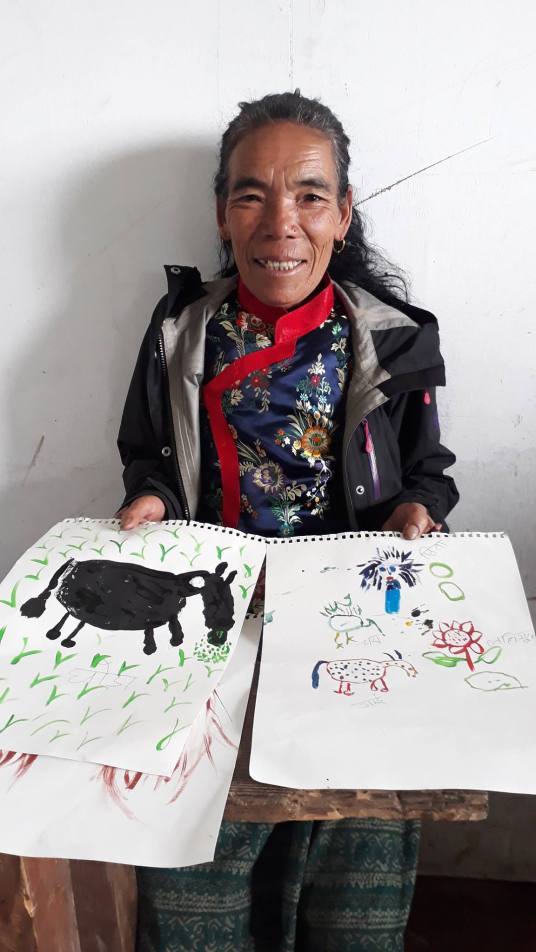 Woman at Draw for Equality event 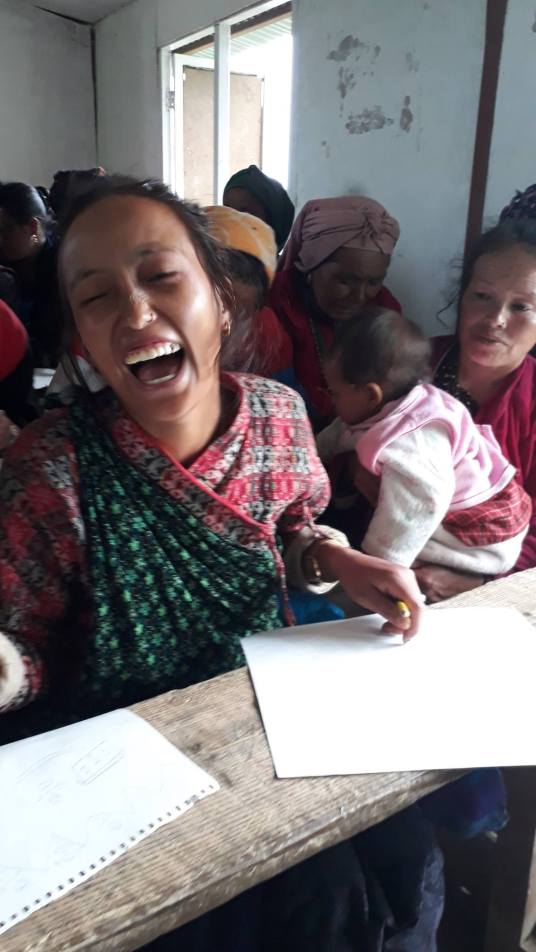 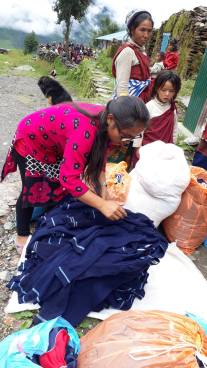 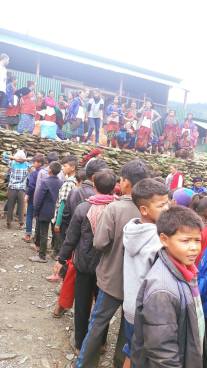 Queuing for the donation 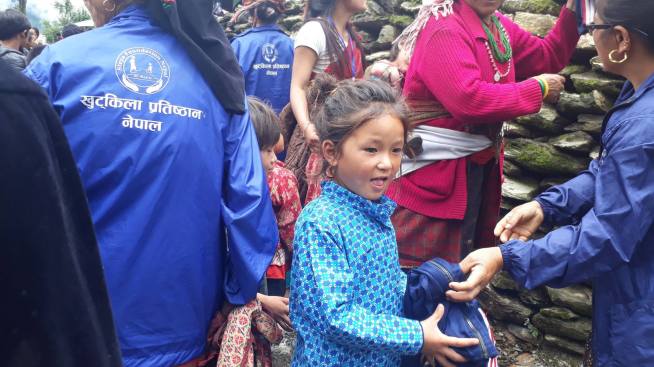 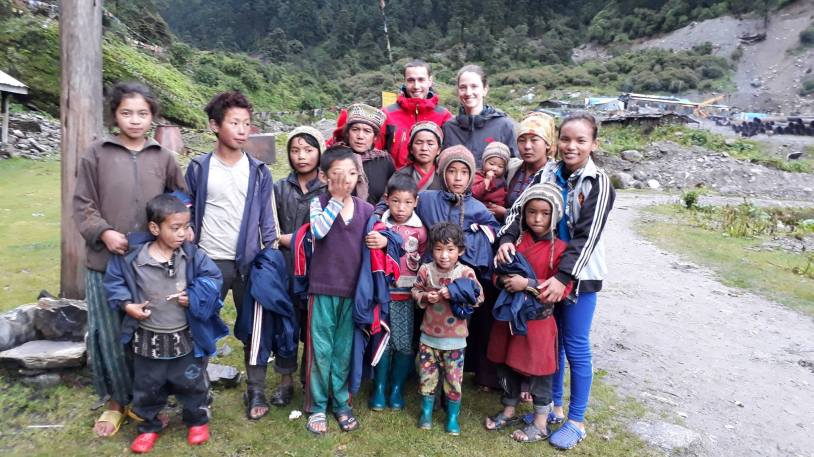 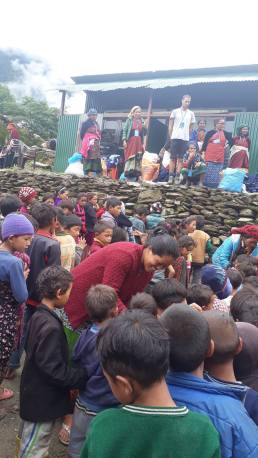 Today we talked about women’s right to talk at the national level, the right to chose the right person [for marriage] and the right to speak what we think. Legal advise meetings are conducted on a regular basis. 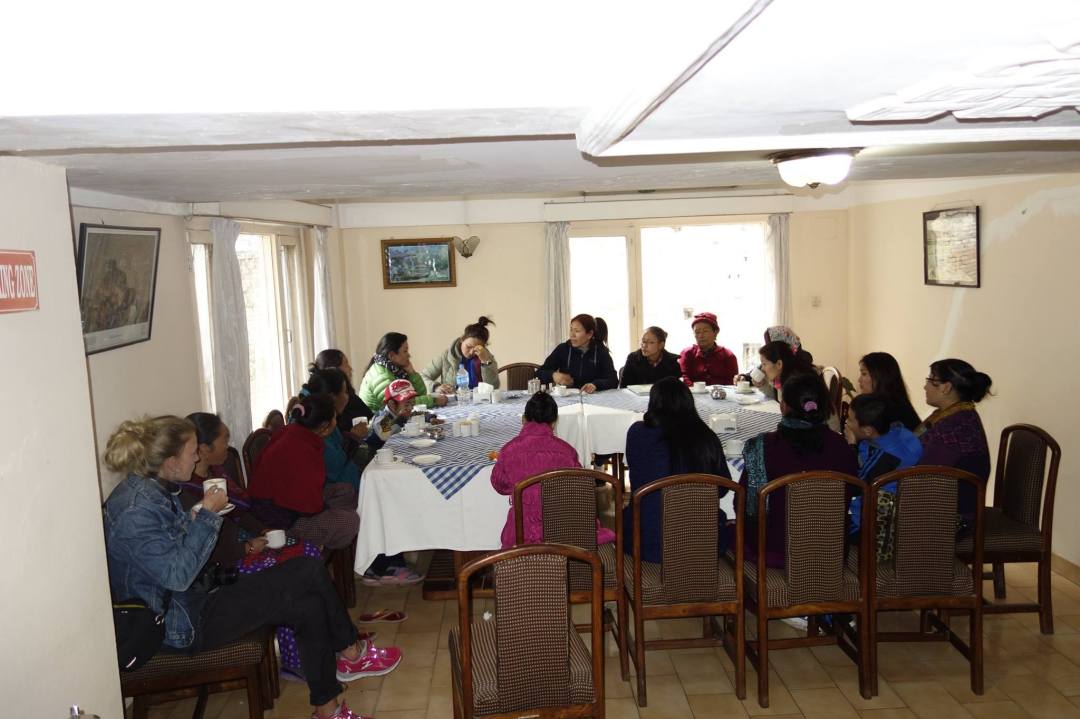 We hope the new year will bring changes in positive behaviors, peace, happiness, good health and prosperity for everyone. We know together can make a better society for a better future.

It was decided in the meeting to establish a joint vision and working groups to bring positive change in the local community. Women at the meeting showed great energy and desire to work together. 5 goals were established during the meeting:

1- To stop alcohol abuse, which can lead to domestic violence and fights amongst men.
2- To stop sexual violence and improve women’s safety, particularly at night.
3- To stop forced marriage and early marriage
4- To stop polygamy. Although it is acceptable for men to take a second wife in Nepali society, this leads to a number of financial and welfare issues for the women, who have little legal recourse, and responsibility for the children.
5- To improve health by ensuring the cleanliness of living areas. 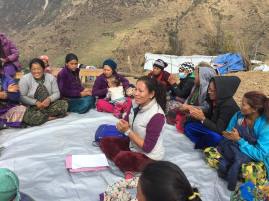 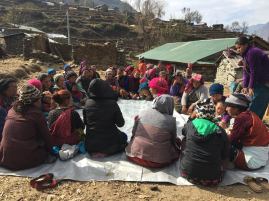 The aim of the event was to remind everyone that men and women are two sides of a coin, both are needed for a harmonious society. We also aim to seek cooperation from both men and women to stop violence against women. 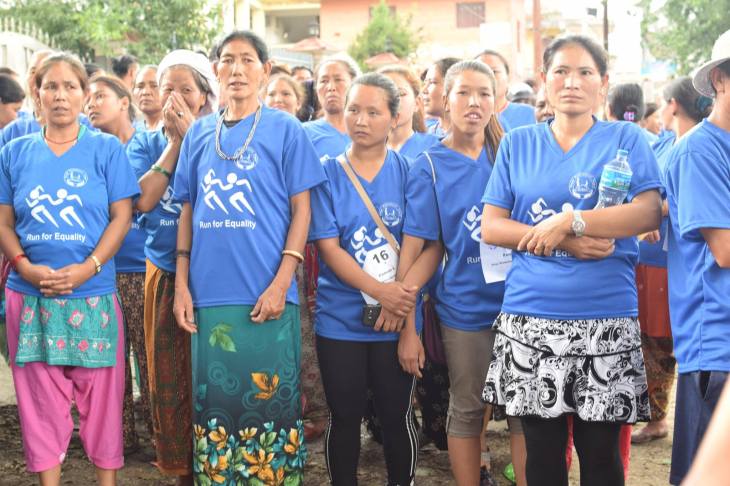 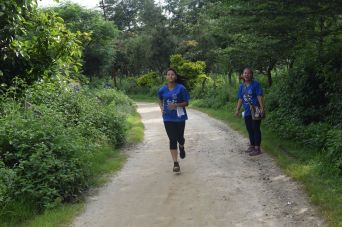 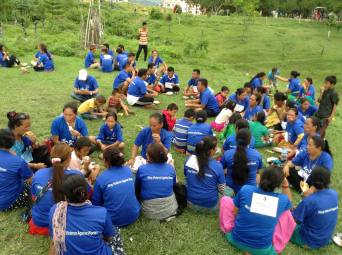 The foundation offered food after the event

Steps was initially gifted a bicycle by Steven Stamp. The director of Steps, Beni Rani Ghale learned how to cycle herself first and later taught to other women.

Beni believes that a woman being able to control a bicycle would set an example that she can lead her own life: she isn’t bound to have a husband.

Later, many people were interested and inspired by this cause and the foundation bought 5 more bicycles from their support and donations. Now about 30 women have already learned to ride a bicycle. The foundation looks forward to increasing the number of bicycles and organising different rallies for women empowerment. 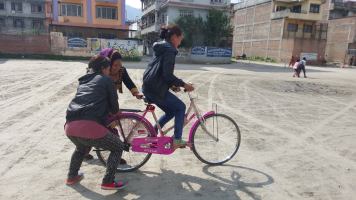 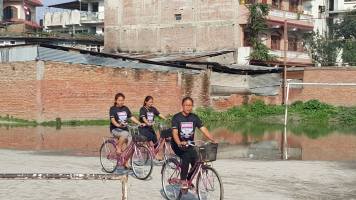 Cycling in the City 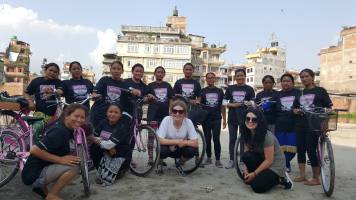 “Our aim is to inspire and support women to start their own empowerment initiatives.”

Freedom Kit Bags – Learn more in the “About us” section 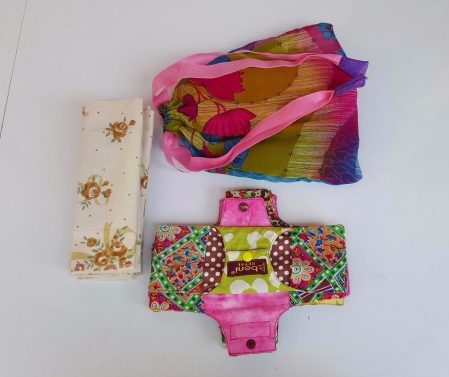